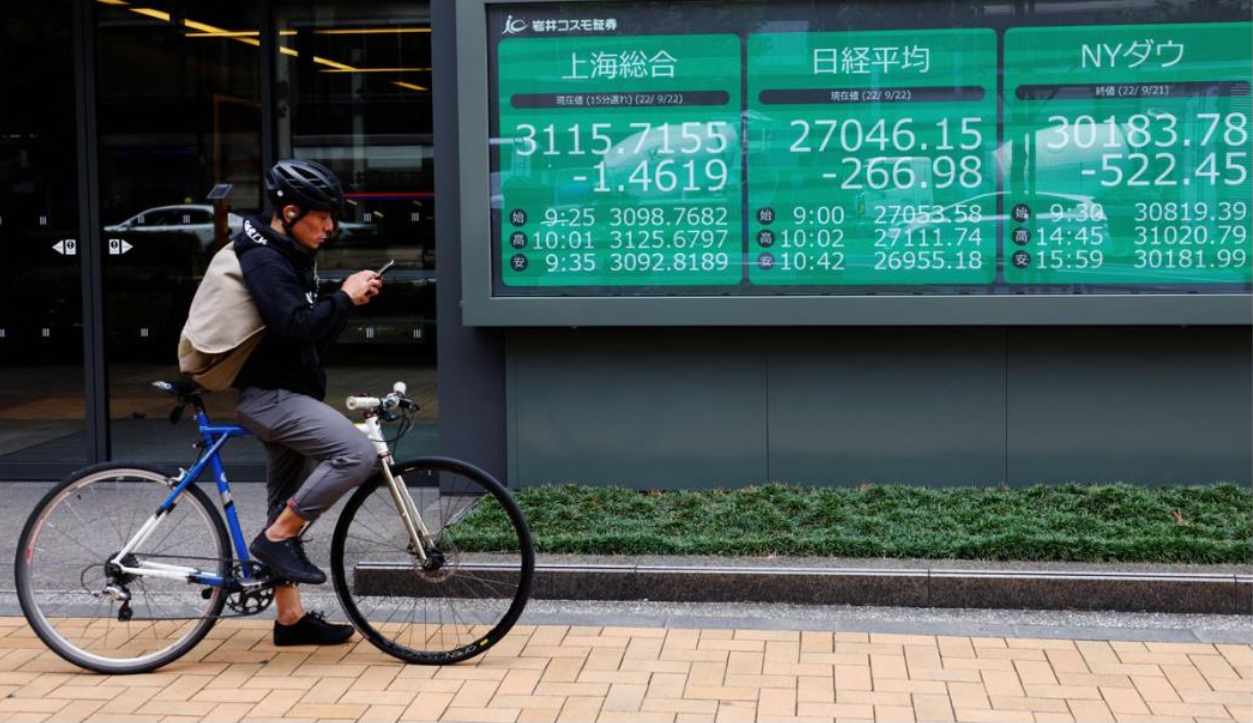 A man on a bicycle stands in front of an electronic board showing Shanghai stock index, Nikkei share price index and Dow Jones Industrial Average outside a brokerage in Tokyo, Japan September 22, 2022. REUTERS/Kim Kyung-Hoon

LONDON/SINGAPORE, Dec 30 (Reuters) - World stocks were steady on the last trading day of the year as markets digested U.S.data and the dismantling of China's zero-COVID policy, but the global index was heading for a 20% drop over a year marred by high inflation and war in Europe.

The dollar, a beneficiary of rising U.S. interest rates, was on track for its best annual performance in seven years.

The Federal Reserve and other central banks have been fighting inflation in the face of supply chain shortages and an energy crisis due to the COVID-19 pandemic and oil producer Russia's invasion of Ukraine.

"This has been very much a Fed-driven equity market throughout the year," said David Bizer, managing partner at investment manager Global Customized Wealth.

"The market has been trying to anticipate when the Fed is going to hike, how fast and how far."

Markets anticipate the Fed funds rate peaking near 5% in the middle of next year, from the current 4.25-4.5%.

The Fed has raised rates by a total 425 basis points since March.

MSCI's world equity index (.MIWD00000PUS) was heading for its largest annual drop since the global financial crisis of 2008, when it slid more than 40%.

Chinese leaders have pledged to step up policy adjustments to cushion the impact on businesses and consumers from a surge in COVID-19 infections.

China's health system has been under stress due to soaring cases since the country started dismantling its "zero-COVID" policy at the start of the month, with several countries imposing or considering imposing curbs on travellers from China.

The dollar index , which measures the greenback against six major currencies, dipped 0.16%.

The dollar has gained more than 8% over the year, but it lost more than 7% this quarter on expectations the Fed may not raise rates as high as previously feared.

Sterling was set for its worst performance against the dollar since 2016, when Britain voted to leave the European Union. It was last at $1.2063, down 0.09% on the day and around 11% on the year.

The Japanese yen strengthened to a 10-day high of 131.72 per dollar, but the Bank of Japan's ultra-dovish policy has pushed it 13% lower this year, its worst performance since 2013.

Investors have been worried that central banks' efforts to tame inflation could lead to an economic slowdown.

"Averting a downturn is a tall order," said Vishnu Varathan, head of economics and strategy at Mizuho Bank, noting that the odds are stacked against economies emerging unscathed from global policy tightening.

Going into 2023, inflation has still to be beaten and investors will also be wary of geo-political tensions arising from the war in Ukraine and diplomatic strains over Taiwan, analysts said.

U.S. Treasuries and German bonds, the benchmarks of global borrowing markets, lost 16% and 24% respectively in dollar terms this year.

Gold was steady at $1.816 per ounce, and was also little changed on the year.

By Carolyn Cohn and Ankur Banerjee 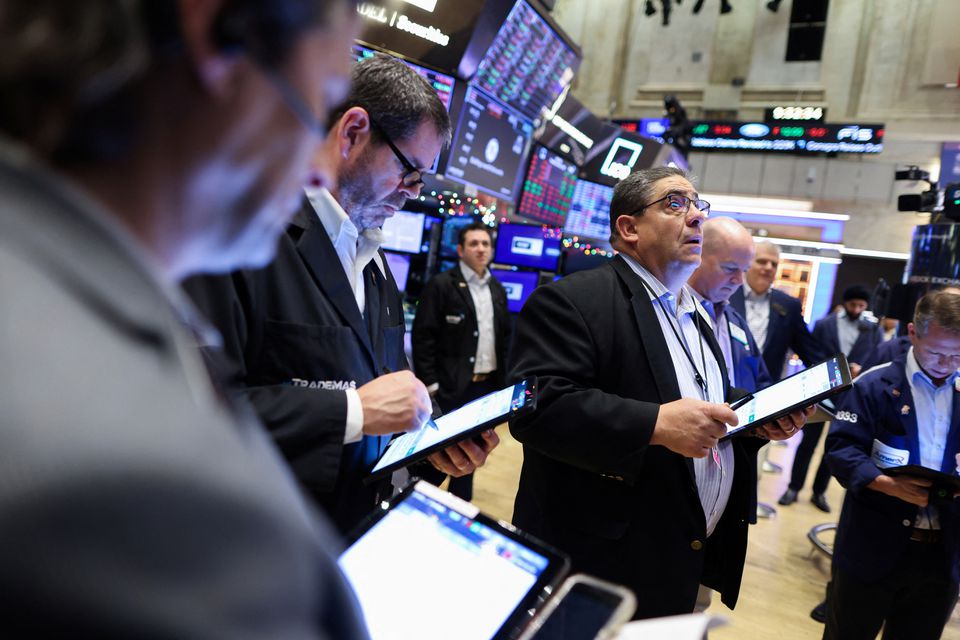 Ironing Out Conflicts of Interest, Other Glitches